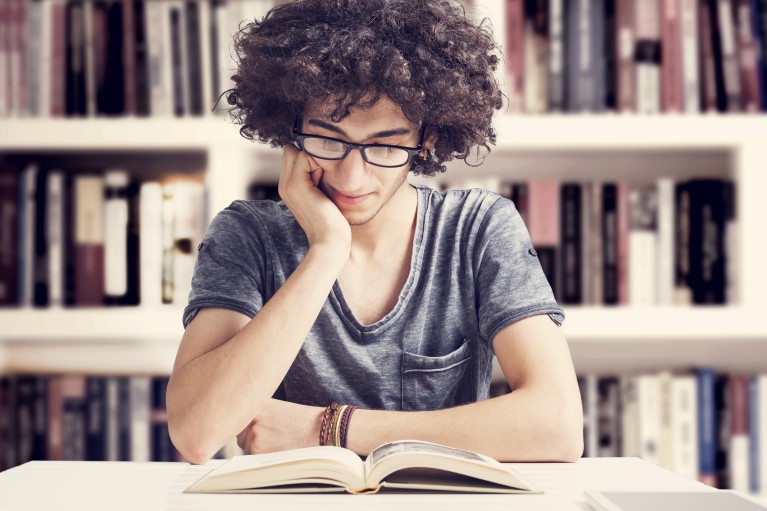 In 2011 a systematic study was conducted within the Personnel Department of the University of Vienna to evaluate the effectiveness of the BrainRead course. 30 adults from age 14 years and upwards attended one of four different two-day workshops conducted. The researchers compared the reading performance of the participants at the beginning and at the end of the workshops. All participants were invited for further testing after nine months and everyone were invited to complete a questionnaire. 15 replies were received and 10 of the original participants attended a later course for comparison.

Although speed does play an important role in developing the skills of effective reading, the objective of the BrainRead course is to develop the participants’ ability to select a reading strategy appropriate to the reading material – a strategy which will vary with the required level of comprehension, prior knowledge of the subject, complexity of ideas, the style of writing and so on. In the study the reading performance was measured not only in terms of speed and comprehension but also by a measure which combined these two, known as Effective Reading Rate (ERR).

Throughout the course the ERR of each participant was measured in eight reading test with a constant level of objective readability. This can be measured using a Clarity Index. The order of which the reading tests was presented, varied within the four courses. Subsequent statistical analysis showed that the order of presentation did not contribute to any change in the measurement of the reading performance.

On all four measurements, all the participants made significant gains in reading performance over the duration of the course. Average reading speed for the group increased by 230%, from an initial average speed of 221 words per minute to a final average speed of 510 words per minute. Comprehension scores on the same test material improved from an average of 58% to an average of 85%. The average ERR increased from 128 to 434 – an increase of 340%.

Ten of the original participants were re-tested in summer 2011 using un-familiar but equivalent reading tests with the same level of readability. This group’s average reading speed had increased slightly since the course from 510 words per minute to 687 words per minute. The average comprehension level was still intact: from 85% to 87%. The average ERR was 598 compared to 434 at the end of the initial course – an increase of 467% over the baseline ERR of 128 at the beginning of the course. Thus, the gains in reading performance had been retained and even improved upon over the nine months since completing the initial course.

All of those who responded to the questionnaire reported that they had benefited from the course. 50% reported better comprehension and retention, and 60% reported less effort and reduced fatigue when reading. The most frequently reported benefits were greater motivation and greater confidence in dealing with texts and 93% reported an improved ability to discriminate quickly between essential and non-essential material.

Reading is a process of “uncertainty reduction” in which the reader is making continuous decisions about the meaning of the text and these decisions feed through into the long term memory. There is evidence which suggest that the improvements in performance are at least in part due to more efficient eye movements – which is compatible with the reports of reduced fatigue when reading – but more research is needed to fully explain the improvements, particularly into the higher order processes like motivation and decision making which are considered to be important contributors for efficient reading and learning. 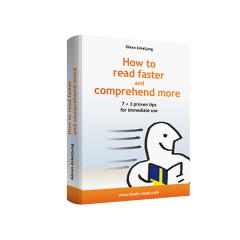 Get the free ebook by Göran Askeljung with practical speed reading tips!